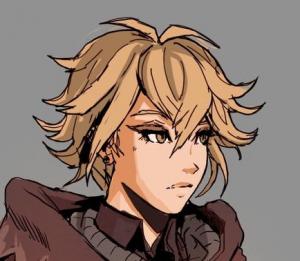 The Bone Pharaoh is a cosmic entity that takes the form of a human for the viewers ease. Wielding necromantic powers the Bone Pharaoh raises a an army of skeletal "Bonies". They have been alive for an uncountable amount of time, though they were most prevalent in the middle ages and revered as a good omen.

But now, in this modern age of technology, the Bone Pharaoh uses their cosmic powers to connect you to the Cosmic Plane, so that you can... watch them play games?

Having been around for a long time. Bone Pharaoh has had many occupations throughout history and will often wear outfits relating to said occupations when in the mood. Most recently, being a pirate!