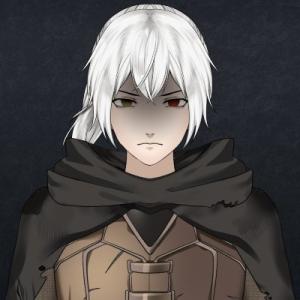 Baleygr is a male VStreamer and VTuber that streams on Twitch and uploads the VODs and clips on YouTube. He primarily plays video games and chats and discusses anime. (English)

An eternity ago there was a human. This human was unlike most others however, because he was focused on one thing and one thing only.... knowledge. In his search for more he came across a magnificent tree that was one of two celestial being, it was called Yggdrasil and it represented the continuation of life. The other was the Destruction and it represented chaos. On his journey however, the world had begun to end because of unknown vibration that was progressively getting worse with each day. When he entered the magnificent tree that was taller than anything that could be deemed possible he encountered three woman. They explained what Yggdrasil was and why the world was ending. After a long discussion they said to him that Yggdrasil had a task that it wanted him to do. The task was to learn and record what happens on the earth after each time the Destruction happens. His story is a never ending one, for he is now immortal. He will and has lived in an infinite number of universes. Always recording what happens so that those that perish may forever be in his and Yggdrasil's memories.

To read the full and complete lore check out; https://docs.google.com/document/d/1gVM1ZJcHDLIrFT9MRBa4jtYqLVjtL_T7kVCouVS-sAo/edit?usp=sharing