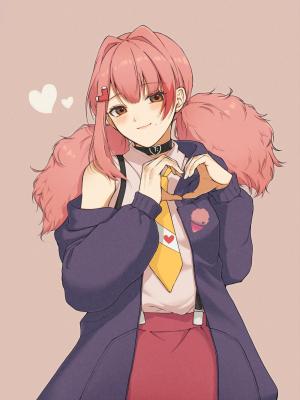 Ayane was an English VTuber who made content related to chatting, music and gaming. She was fluent in English, Japanese and Tagalog/Filipino. Her birthday was 14 February and her height was 168 cm (5'6"). She was a Shoujo manga enthusiast by day, virtual love counselor by night. Her social media hashtags were #一あやね, #にのあや and #Ayaアート. She had two models, the second of which she debuted on 16 January, 2020. Her Mama for her first model was アインママ while her Mama her second model was イラスト. モデリング was her Papa for both models. She released several covers during her career, the last of which coincided with her graduation announcement. She graduated on 24 April, 2021.

Just a girl who built up a lot of courage to become a Virtual Youtuber and share my knowledge on romance on this website called Youtube! If you have love problems, you can leave it up to Ayane!