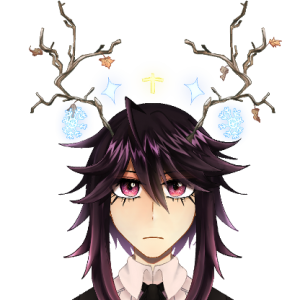 Idylhra is the God/Goddess of their realm, representing the Stars, Balance & Justice. Their origin however, remains unknown until viewers work together to uncover its mysteries.

A multilingual Twitch streamer who normally at a 7PM (GMT+8) schedule, they often stream art & games such as Identity V, Genshin Impact. They favour party games and would like to play with friends and viewers more.

Formerly Iyanaga Kunihiko. Now known as "Astreia Nyx" or "Idylhra Sahlemrev" after their redebut, changing along with their new L2D model on May 18th. Yahi/Yahiko is still a preferable nickname for friends or older viewers.

Introduced as the realm's creator. Idylhra seems secretive yet somewhat willing to share stories of their world to curious souls. Though the stories they told of, is the individual lives that were native to the realm. Clues & stories will be left on their Discord server, some hints may be shown through different means.

Will you be able to connect their stories and figure out Idylhra's own story?