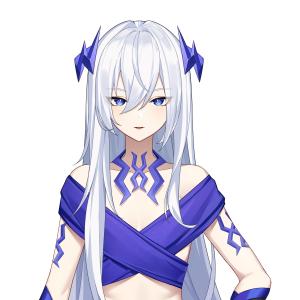 Alive Neptuna (often referred to as "Nep") is a femboy vtuber from the future. He streams a variety of games in English, one such game being Genshin Impact. He also recently started doing just chatting streams, and in the past has done art streams where he drew his emotes on stream.

Neptuna calls his followers his "cultists," being the leader of a cult and his followers being the cult members. The cult he leads worships him, Neptune, and femboys all around. In the past, he joked about one of these gods he worships being the "Femboy God," Venti, from Genshin Impact.

Alive Neptuna is a being from Neptune called a Neptunian. They came to this time from thousands of years in the future.

Due to unknown circumstances, Neptuna hates humans. They commonly speak on hating humans and sacrificing them to their Neptunian gods in their cult. This cult, The Cult of Neptune, was made to take over Earth slowly and control humans.