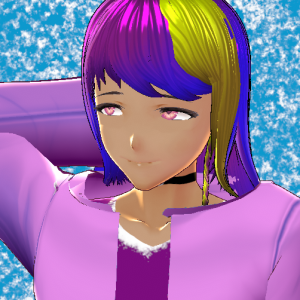 Alice Pendel is a Virtual Streamer on Twitch whose content consists mainly of video games. His YouTube channel is used mainly for uploading VODs as well as Highlight cuts of his streams.

According to him, Alice is a sentient cloud that has learned how to speak human languages and does VTubing to be in touch with the humans. He has shown some annoyance toward people who complain about rain, saying: "Imagine your floor would complain when you walked. Yeah! That's how we clouds feel when you complain about rain". In his streams, he is usually accompanied by another cloud, which can also be seen in his alerts, which he has introduced as being called "Squall" they are his neighboring cloud and, unlike him, cannot speak human languages.