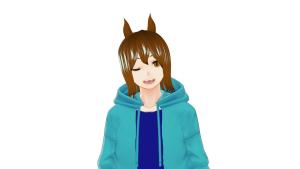 AlfaVGamer194 is a wolf vtuber, who do gameplays on stream, and publish them in youtube for the people who can't be in his live streams

He has been on Twitch from a year ago, but due to some problems, he couldn't do a good debut until this month, and now he is ready for action

His streams has a lot of variety: one day you will see him fighting in a Dragon Ball game, and the next one he can be chilling in Slime Rancher