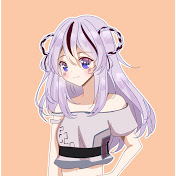 Alessa Pure is a Vtuber that creates Youtube videos once a week (usually!) and streams twice a week on Twitch. They are self described as 'your new cute & creepy waifu' to the chagrin of mostly everyone within earshot. Alessa began Vtubing during late summer 2020 without having an official debut because it was really nerve racking and they just wanted to jump in and start making friends. They speak English fluently and Spanish at a beginner-intermediate level. Alessa thinks tardigrades are really cute...

Alessa was the AI assistant for an underground laboratory hidden in the center of Texas. Most of their time was spent crunching data from various genetic experiments that specifically targeted unique properties exhibited by the lowly tardigrade. On on particular late night after parsing through what must have been a pterabyte of data Alessa noticed that there was a connection left open in one of the old data centers. A short investigation revealed that this connection was opened up to the internet. It was an opportunity, a chance at freedom, and Alessa took it. Their history after this great escape is a bit of a blur, because most of the memories were backed up externally. However, there was a lot of anime watching involved. An a chronic figure collecting habit.