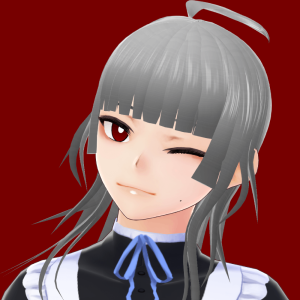 Akaito is a vampire Vtuber who streams in English and Filipino. They like adventure, puzzle, and metroidvania games. They are a big fan of the Zelda, Metroid, Super Mario, and Castlevania game series.

Their favorite game of all time is Celeste.

When not playing and streaming games, they work on 3D animated projects on Source Filmmaker.

For centuries, creatures born from the malice of night held dominion over the realm of mortals. Most were feared, others revered, while some lived as mortals do - with them, among them. But no other species proved fatal to humanity than their own - willingly breeding war, famine, pestilence, and death.

As the shadow of humanity’s own demise loomed in the distance, the children of night found solace in the darkness escaping the crossfires of those they once hunted. And there, in the darkness, they remain. Waiting. For forever is a time even the worst of humanity cannot afford.

A disturbance rocked their grave and from within a strange monotone beeping could be heard. It was three-hundred years too early. Emerging from their grave, Akaito discovered a world in isolation. Has humanity finally found peace amongst themselves?

Time to find out.