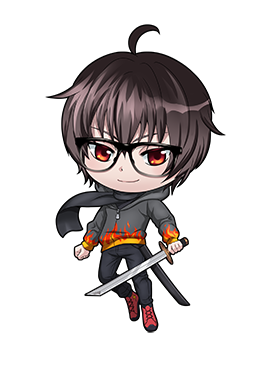 English speaking VTubing D̷e̷m̷i̷-Dragon. Akai Ryu is mainly Streaming on YouTube and had his debut on the 21st of May.

He is 166cm (5'5) "big" and is using the Streamtag #Ryuwu on each of his Streams. Besides playing, animating, or reacting to Memes in his streams, he sometimes also posts some things on Twitter and is a fan of Takanashi Kiara from the VTuber-Group "Hololive EN"

His goals are to have many collaborations in the future with members of his self-created VTuber-Group "Vnet live 配信", Get a new loading/waiting screen, and learn Japanese.

A long time ago (1398) an unknown Dragon in unknown lands gave birth to a Demi-Dragon. This Demi-Dragon, known as “Akai Ryu” came down to Earth from Venus searching for Company at the young age of 15 years. This decision resulted in rejections among other Dragons and losing the ability to grow any further in height or transform into a Dragon.

Today, he’s the Leader of the Vnet live group and dedicated to sharing his knowledge with the other members and anyone who is following.