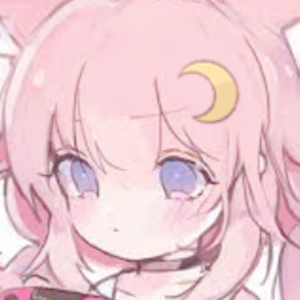 AimiVT (Animi Nekomi) is an English-speaking virtual streamer that remains mostly on Twitch. This cat girl is the spunkiest sweetest personality, with a hot temper at times. Aimi is an adult-based female mixed with a longhair munchkin cat, her eyes are cerulean blue, with a pinch of violet, and her hair is described as a muddy bubble gum pink. Aimi often finds herself at home being entertained by a small group of people online called the "Feral Gang". She adores Sweets, Coffee, and Knives! Aimi remains on the +18 recommendation for her viewers, often discussing mature content. The community doesn't know much about her yet, but when asked; Is described as the "weird-looking cat outside".

Being adopted at a young age Aimi often looked for adventure and entertainment outside of her boring indoor cat life. She has a craving for fun, and danger but hates socializing with strangers! Her date of birth is somewhat discovered, She claims to be born on April 21st, but hasn't disclosed her year of birth. Aimi, however, does hold the appearance of a woman in her mid-Twenties and has been confirmed to be above the age of twenty-one. Aimi is extremely introverted and her antisocial behaviors have caused her to take refuge in her owner's basement, where she spends most of her time making creative drawings and playing video games. Involved in Pop-culture, and social media from such an early stage she adopted her iconic 'bimbo attire' which she describes as "Patel goth-Grunge". Her love for video games, Anime, music, and fashion influenced her dreams of becoming a voice actor which she claims is her 'calling'. The world doesn't know much about this gremlin-like cat, but she's determined to make herself known in this community.