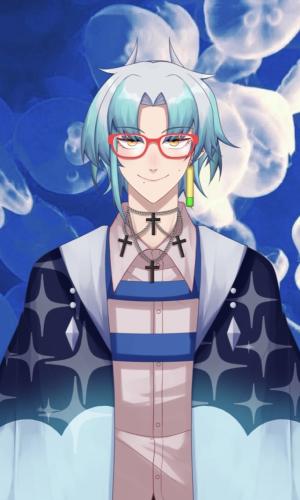 2ABN (pronounced two-ah-be-en) is a VStreamer who primarily streams in English. He plays video games, attempts to draw and talks as much as his lungs and underdeveloped vocal chords can. 2ABN also uses 'they/them' pronouns.

Born on January 9th during a massive cold wave, Nero Mira is known as a "prince" on his hometown island known as the Sea Matrix. He gained this title because of his attentiveness and willingness to help as many people wherever he goes, gaining some small town popularity along the way. Aside from that, he's pretty much your average guy... or so he'd like you to believe.

As his true self, 2ABN, he is the current acting master of The House of Hazards, traveling the world to find the true master of the house.