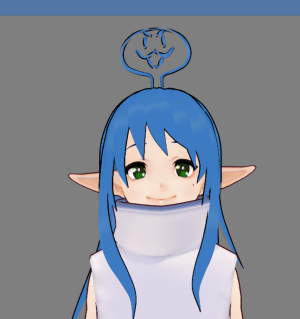 12 year old Russian gamer girl, but she can speak english too. Despite that Nastya mostly known for guiding LoL since 2015, she also do with streams lots of different games, like RF Online, Dota 2, nintendo 3ds games, Yakuza, Little Nightmares and more. Usually followers request games for streams. Nastya usually changes her apperiance for the type of stream she does. Like for horrors she has bloody makeup and for RF she has bellato mage outfit.

Nastya has a friend named Olesya or Alesya, no one knows how she looks like but O/Alesya appears on Nastya streams from time to time.

Olesya and Nastya live with Mother Lora, which has mystic powers to bring nasty kids into the red room. Nobody knows what happens in red room, but 1 thing for sure, something scary and horrible happens there..no one came back from red room before. Once a friend of Nastya- Ksusha been captured by Lora into the red room and no one seen her after that..

She created music album which named "Im 12". In this music album she tells a full story of life of Nastyusha. She sings about how she became gamer girl and how she found her identity. Nastya has many different identities. There is Nastyusha Borzuha, Nastyusha Lady, Nastyusha Proggrammer, Nastyusha Hater and many others.